It finally happened. Elon Musk officially owns Twitter. It only cost him $44 Billion and yes, he way over-payed for the typically underperforming social media company. This purchase is a major win for all of the former shareholders who really didn’t stand a chance of earning $54.20 per share based on the company’s rocky trajectory. $54.20 is literally 8 times the company’s revenue projection over the next 12 months and in context, social media companies like Meta have only a 3x revenue multiple in their company valuation. So an 8x multiple is just huge! Elon bought Twitter for $54.20 per share when in reality, a market standard would have put the company closer to $24 per share.

So… yes, it’s true. Elon Musk is the new, self-appointed “Chief Twit” and the social media company’s former CEO, Parag Agrawal is now unemployed, as is the company’s former CFO Ned Segal and the former Chief Censorship Officer, Vijaya Gadde. But don’t feel bad for them. Apart from suppressing extremely relevant news stories around the time of the 2020 election, this leadership team routinely abused their power to silence conversations that did not mesh with their personal political beliefs. Twitter’s leadership team used their extreme power to dictate national discourse. As of now, the damage has been done, and while their leadership team was rapidly fired leading up to Halloween, collectively, they are set to bring in some $90 Million from the deal. So again, don’t feel bad for them. They’ll be fine.

The Twitter purchase saga was no doubt, entertaining for bystanders, and Musk was extremely public about his concerns of the ratio between real humans and bots on the platform. Once he expressed his interest in buying the company, he gained access to internal information that made the purchase much less attractive. Despite that, from day one Musk has been adamant that his intentions for buying Twitter were not purely money motivated.

He wants to create a super app called “X” that truly enables and facilitates free speech. So maybe it’s okay that he over-payed? Sure, $44 Billion is literally billions of dollars… it’s a ton of money! But maybe, just mayyybe he will turn this social media company into a profitable business that creates value beyond just dollars and sense.

Moving forward, Twitter could change in major ways. In the short term, the now private company can do a lot of things that public companies cannot do. Musk, as the owner, will fire everyone that cannot handle a simple “mean Tweet.” Expect to see his army of engineers work to defeat bots and authenticate all real human users. A true measure of actual humans will help enable to platform to cater to advertisers that funnel revenue into the business.

Additionally, Twitter will likely become an open-source application. With its algorithm open to the public, it can avoid the secrecy and perceptions of bias that the company has carried on its back for many years. In the short-term, users should expect to enjoy expanded character counts, moving away from the 280 character limit, and also an ability to post videos that exceed the current 140 second limit. Elon loves a good parody video, and many of those videos are longer than 140 seconds. 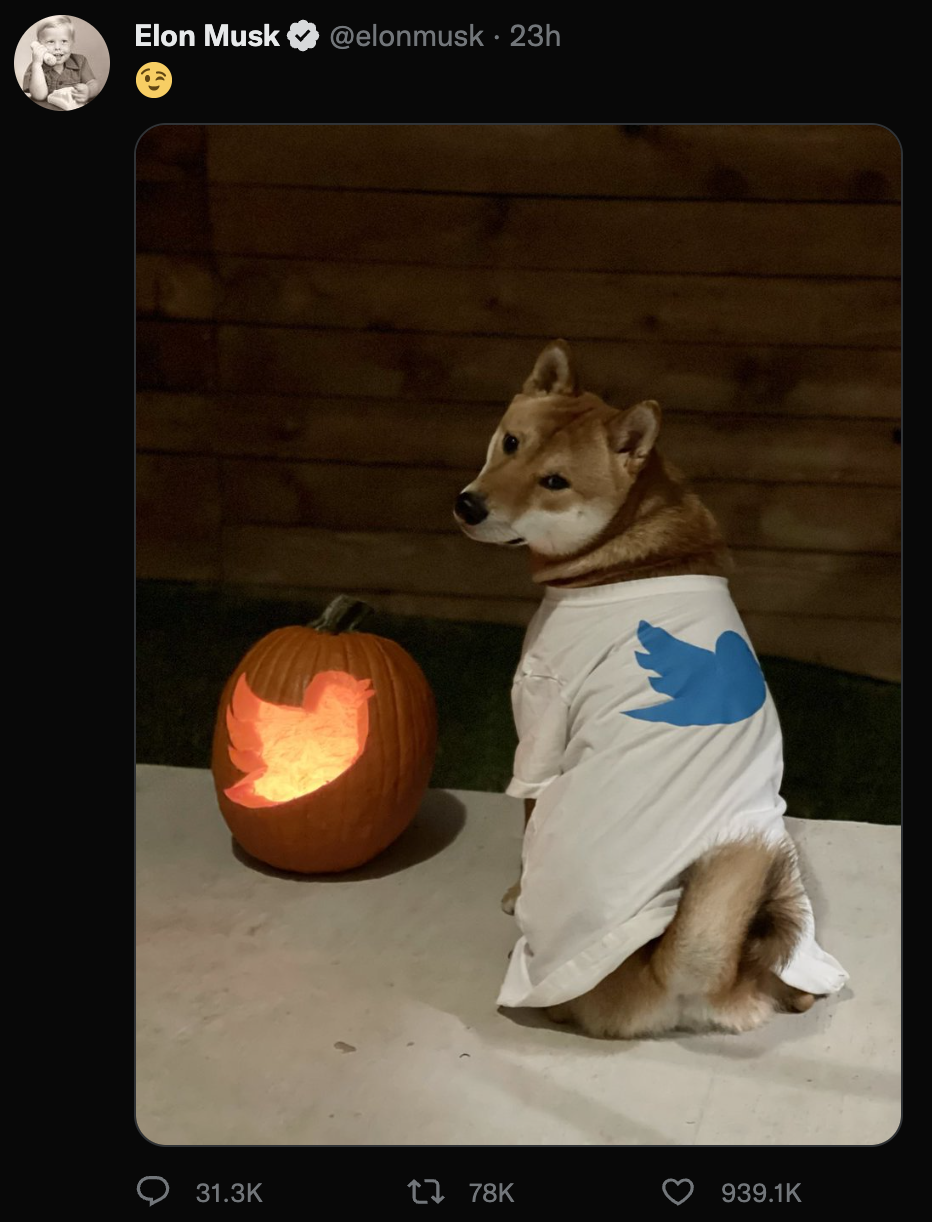 What about DOGE and blue checkmarks? We have heard insight that Twitter will enable payment processing and we know that Elon loves him a good DOGE coin meme. Tesla accepts DOGE so expect to see that cryptocurrency boost in value as Twitter adds some interest to it. As far as the blue checkmark users, we know that Elon wants to see the company authenticate all users. It is possible that Twitter Blue subscribers will be given access to the blue check, typically reserved for celebrities and influencers, but it is also possible that blue checks will be subjected to a monthly fee as Musk looks to make the company more financially healthy.

Over the long-term, Musk truly believes that he can turn Twitter into a super app. When we think of “super apps,” think of China’s WeChat app, which allows for everything from payment processing, to direct messaging, public micro-blog posting, file sharing and more…. What China’s government doesn’t want you to know is that WeChat is also used to track the movement, behavior, and relationships of Chinese nationals that are traveling abroad – we expect that Musks’s “super app” will be way less creepy and not totalitarian in nature. And get this: he might even bring Twitter’s founder, Jack Dorsey BACK into the mix.

Listen to their conversation below.

How To Stay on Top Of SERPs With SEO Split Tests